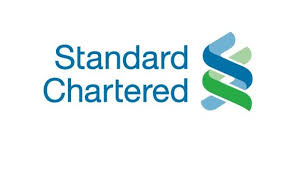 Sometimes it takes a large company a little while to get around to using that prized new domain. In December of 2008 the domain SC.com was purchased on Sedo for $300,000. The buyer was Standard Chartered one of the largest companies that trade on the London Stock Exchange by market cap.

The name Standard Chartered comes from the names of the two banks from which it was formed by merger in 1969: The Chartered Bank of India, Australia and China, and Standard Bank of British South Africa.

The domain was forwarded to StandardChartered.com as a 302 redirect

In December of 2013 almost 5 years to the day of the purchase, SC.com was now live and doing business as the homepage for Standard Chartered. For a company that does a lot of business in places where mobile rules, two letters is much more desirable than 17.

Next post: .CO.COM Partners With CentralNic To Beat New gTLDs To The Starting Line

Previous post: Blaze Is Getting Ready To Disrupt The Biking World + They’re Doing It On Blaze.cc

If you aren’t reading my newsletter, you’re missing out. It’s free and all you need to do is click the image below to get rocking.

Who the heck is Morgan?

Hi I'm Morgan, I live in beautiful San Francisco, California where I'm the co-founder of Bold Metrics, a venture-backed SaaS startup using Machine Learning to unlock body data. I've been buying and selling domain names and blogging about it since 2007 and angel investing in other awesome startups since 2014. Want to learn more about me? Then click here

Other posts worth reading